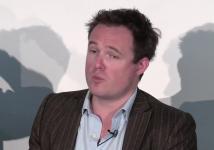 LONDON — Connected TVs and the Xbox in particular are driving a significant number of views for video-sharing site Dailymotion, says Daniel Adams, VP International Content, during the recent Beet.TV Global Video Summit at the BBC Worldwide.

The Xbox syndication deal to deliver Dailymotion content via an app kicked in late last year and is already paying off for the video giant. "With the Xbox already typically connected to the Internet, it really was immediate from when we switched on access to Dailymotion," Adams explains in this panel session. He adds that viewers are finding DailyMotion content on the Xbox via search, curated videos, and customization. For more insight into the partnership, check out this video clip.

Adams was a panelist at last month’s Beet.TV Global Video Summit at the BBC Worldwide.