Dailymotion is in Pact with Yahoo for Video Syndication 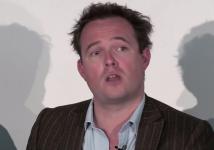 LONDON — Video-sharing site DailyMotion has pacted with Yahoo on a syndication deal for video, says Daniel Adams, VP International Content at Dailymotion, during the recent Beet.TV Global Video Summit at the BBC Worldwide. DailyMotion also works with MSN and other portals in deals that call for DailyMotion to sell the ads and share the ad revenue.

Video syndication deals like this help form the framework of a distributed network that DailyMotion relies upon to push its content into the far reaches of the Web. This creates an ecosystem that works for content owners who provide the videos and for publishers and portals who crave more video inventory, Adams explains during the panel session.

Dailymotion counts about 120 million monthly unique visitors, making it the second largest video site after YouTube, Adams says in this clip. While most of the views occur on site, DailyMotion has also built out this so-called distributed network via deals with portals as well as connected TV makers such as Samsung and LG, and mobile phones. About 15% of video views now come from mobile Web sites and mobile apps, he adds.

For more details on the revenue sharing and ad models, check out this video clip from the Beet.TV Global Video Summit at the BBC Worldwide.