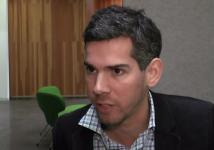 LONDON — Global media agency StarcomMediaVest SMG is slated to go live shortly with a smart TV campaign for its car client Honda to take advantage of the connected TV capabilities of the Xbox, the agency's Oliver Newton, Head of Strategic Partnerships, tells Beet.TV in this interview.

The campaign will run via the Kinect for Xbox in an effort to give viewers a feel for the car, Newton says. He adds that Starcom is exploring smart TV and connected TV possibilities for a number of clients. Though the agency is keen on the new venue, the greatest opportunities right now are with other devices that are connected to smart TVs, such as gaming consoles, he says.

Second-screen devices including smartphones, iPads and tablets will also play a role in the growth of connected TVs especially because they enable consumer interaction. For more insight on how marketers can measure success in this medium, check out the video interview.

Newton was a speaker at the Beet.TV Digital Video Summit at the BBC Worldwide last week.