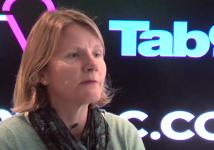 The duPont-Columbia University Awards, is soliciting submissions from broadcast, digital and documentary journalists covering stories in the public interest, says director, Abi Wright, in this interview with Beet.TV

Typically, awards are given out every year to news publishers who demonstrate quality reporting and storytelling on a high public impact story.

Previous winners include BBC America and BBC World News America for its coverage on "Haiti's Earthquake" and CBS News' 60 Minutes for "The Blowout."

The deadline for submissions this year is July 1  and so far applicants include established publishers as well as independent journalists, reporting on a range of stories from the environment and healthcare to investigative pieces, says Wright.

We spoke with her at Beet.TV's  video news strategy session at MSNBC.com in New York.