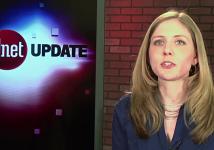 ANAHEIM, CA — Earlier this week Big Frame, a Los Angeles-based media company specializing in providing marketing and production resources for some of the biggest YouTube influencers, announced a $3 million seed funding round. Beet.TV caught up with Sarah Penna, Big Frame’s Head of Talent Management, at VidCon to find out more about the investment.

Penna explains, “Big Frame is now the fifth largest network on YouTube.” The company represents over 65 YouTubers, spanning around 100 channels and brings in about 150 million video views a month.

Yesterday the company announced that they received over $3 million in seed capital. Investors participating in the round include Anthem Venture Partners, Daher Capital, DFJ Frontier, LaunchPad LA, The Media Farm, Social Starts, New World Ventures and a number of angel investors.

In this video interview, Penna explains that Big Frame plans to use the money to grow the company, making new hires in marketing, management and ad sales. They’ll also be developing a number of new original shows and continuing work on their current productions, such as their original YouTube channel Bammo.