THOUSANDS OF LIVE STREAMS FROM SYRIA: THE EMERGING CORPS OF BAMBUSER USERS 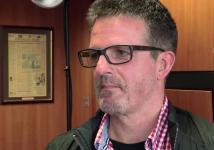 Speaking of the Syrian conflict, Eriksson adds that the service gives activists a voice, while allowing larger news publishers to have up-to-date coverage for audiences at home.

Available as a smart phone app, Bambuser made it possible for 10,000 videos to be released in one day, during Egypt's elections, providing activists with not only a voice, but a global audience as well.

But while new media evolves to serve free speech, the industry's rules and regulations fail to monitor journalistic practices within this new space.

Speaking to Beet.TV's Executive Producer, Andy Plesser at last week's video journalism summit at the Financial Times, he complains that some  established news organizations use Bambuser content without proper credit given to the source.