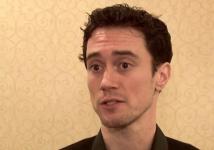 The music video and entertainment platform VEVO, will produce a host of new original shows maintaining a greater focus on the fans and their perspective of their favorite artists.

Titles of upcoming programs include 'Cover Stories:' a comedic take on the "not-so-true" stories behind album covers, 'Hear Me Out:' a dating-game like series that matches participants solely based on their musical preferences and 'Sound+City:' a show that allows viewers to discover the people, places and things currently shaping the music in a particular city.

It unveiled the shows at last month's Digital Content NewFronts to brand marketing and media communities.

Scott Reich, Vice President of Programming and Original Content, says in this video interview with Beet.TV,  "a key part of the evolution of our brand is to become less about music videos and more about music in general."

We spoke with him last week at the Streaming Media East conference in Manhattan.

VEVO's attracted 740,000 viewers in April, making it the third largest video site in the United States, according to comScore's most recent rankings.