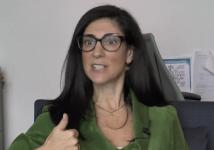 Google first launched ‘Hangouts On Air,’ in 2011 to selected broadcasters, but earlier in May this year, it became available to Google+ users world wide. In addition to live streaming, the host can instantly view the number of people watching live. At the end of a ‘Hangout On Air,’ Google automatically posts a recording of the broadcast to the host’s Youtube channel and Google+ post.

The Times’ ‘Hangout On Air’ is the first in a series of live broadcasts from its Opinion department.