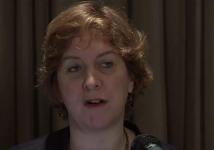 Look for a host of dedicated second-screen experiences to come down the pike from TV programmers in the next two years, said Vivian Schiller, Chief Digital Officer for NBC News, in this session from the Beet.TV Executive Retreat.

Studies have shown that a good portion of tweets in prime-time hours are about TV shows, underscoring the opportunity for networks to create second-screen experiences that closely link TV, social media and second screen interaction, she said. Most recently, Futurescape has reported that nearly half of 18 to 24-year-old tablet and smartphone owners discuss TV shows via social media, while Nielsen has found that about 40% of tablet and smartphone owners use them while watching TV.

"Is there a way to complete the circle and think about an experience where while I'm watching TV and on the second screen those two things are most purposefully connected rather than just accidentally through Twitter?" Schiller said in this video.

By Daisy Whitney on April 3, 2012 @daisywhitney