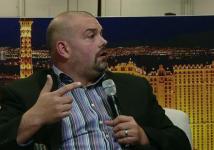 For the first time since the collaboration of ABC News and Yahoo! was announced in October, comScore has reported online traffic for the joint effort and finds it has served over 400 million views in February — which is more than half of all the video news views streamed in North America in the month.

(See the graphics below.)

We visited the ABC newsroom yesterday for this video interview with Joe Ruffolo, SVP of ABC News Digital for an update on the collaboration and the new journalistic opportunities and audiences resulting from the association with Yahoo!