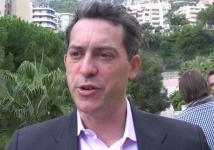 Also today, the parent company Vox Media raised $14 million in new funding, according to report by Robin Wauters at TNW.

Back in 2010 at the Monaco Media Forum, we spoke with Vox/SB Nation CEO Jim Bankoff about the sports efforts which were primarily text blogs at the time.

Here is the report on the YouTube channel in Ad Age.