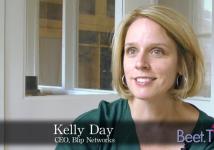 The Alfred I. duPont-Columbia University Awards for excellence in broadcast and digital journalism, is inviting a broad range of digital/Web video news journalists to submit for this year's awards, says Abi Wright, Director of the program in this interview with Beet.TV

The duPont Awards, founded in 1935, are administered by the Columbia University Graduate School of Journalism, which also runs the Pulitzer Prizes and the National Magazine Awards.

The duPont Award has recognized Web video journalism since 2009.  Wright tells Beet.TV that she hopes to  greatly broaden the scope of awards submissions this year.

Submissions are accepted beginning May 1.  Here are the awards guidelines.