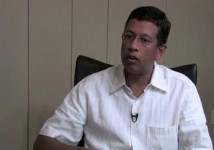 YuMe, the online video advertising management company, has raised $12 million in a new venture round, according to a SEC filing document first reported by Venture Beat.

Here's the company's press release which was released this morning.

Earlier this year we spoke with company CEO Jayant Kadambi in the company's Redwood City, California offices.  We have republished that interview today.