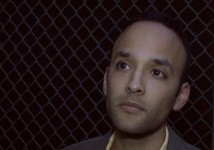 While most independent video producers select Blip.tv or YouTube as the primary publishing platform, Solis says that Dailymotion has been heavily promoting the show.

We spoke with Solis last month in Hollywood at the BigScreen LittleScreen Meetup where he screened an episode from the series.