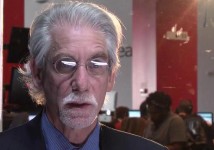 CBS News has introduced a Chrome App for its "60 Minutes" program, the network announced today.

Earlier today, we spoke with Dan Farber, Editor in Chief of CBSNews.com, about the new App and the evolving distribution of news video beyond a conventional Web page.

Farber was a panelist in today's leadership Webcast about online video news and discovery. We spoke with him before the session. You can find the entire Webcast here.