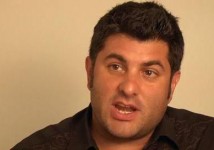 Since the Los Angeles-based filmmaker/gamer  Freddie "W" Wong released "Gamer Commute" on YouTube this past Saturday, the two-minute clip has garnered nearly 5 million views and 18,000 comments.

Segments of the viral video hit were shot with a Samsung Galaxy  S II, a new smart phone which shoots in 1080p. Some trade reports call it the "iPhone killer".

The use of the device in Wong's video was engineered by Samsung's digital agency Digitas.

The phone is not seen in the video and it is not a product placement, the association Samsung comes at the end of the clip in the form of a simple credit: Special Thanks to Samsung for Giving us Galaxy S II phones for filming in 1080p Full HD.

We spoke with Digitas VP Paul Kontonis about the campaign which also includes paid media.

Paul and Freddie at Beet.TV Event in LA on Tuesday

Very pleased to say that both Paul and Freddie will be joining the Beet.TV Leadership event, a live, 90 minute free webcast about original Web content on Tuesday, September 20, at 11:00 a.m. PDT.   The Webcast will originate at the AOL Studio in Beverly Hills.  You can watch it right here or on our Livestream page.