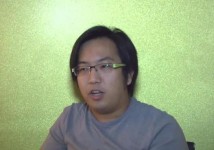 We spoke with actor and co-creator Freddie Wong about the making the of 2 minute segment, finding an audience and working with brands.

Samsung has sponsored this video by providing a Galaxy S II.  Samsung is also advertising around the clip on YouTube. Here's the backstory of the sponsorship with Paul Kontonis of Digitas, the digital ad agency for Samsung.

Wong was a panelist at the Beet.TV Leadership Webcast presented by AOL Video and produced at the AOL Studios in Beverly Hills.

Much more to come from Tuesday's event.

Meanwhile, Freddie and collaborator Brandon Laatsch are planning a feature film called Video Game High School project and are raising funds from their fans. Tubefilter reported today that the duo has raise $77K in just 24 hours.