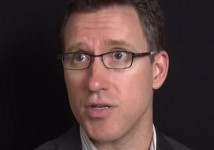 Subscribes of a limited number of cable services were able to access ESPN’s live streaming of the Wimbledon matches on their mobile devices for the first time.

The programming was ad free, but that will change as ESPN will add in-stream advertising to its digital delivery later this year, says Tim Connolly, VP of Digital Delivery for Disney/ESPN, in this interview with Beet.TV.

Meanwhile, the Associated Press reports that NBC has ended its 43-year run of broadcasting Wimbledon for the United States and ESPN may well pick up the rights.

Update:  July 5.  The Wrap reports that ESPN has locked U.S. broadcast rights for Wimdledon for the next twelve years.