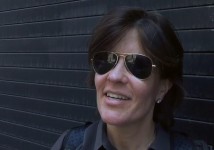 All Things Digital, the fast-growing events and publishing unit of Dow Jones, headed by Kara Swisher and Walt Mossberg, plans to expand its reviews section, says Swisher in this video interview with Beet.TV

We caught up with her yesterday in New York for this interview.  She says she hopes to hire "Little Walt Mossbergs everywhere," referring to Mossberg who is one of the tech industry's most influential product reviewers.

While ATD has a reviews section, it is mostly written by Mossberg and his associate Katie Boehret.

Getting Ready for Hong Kong

On the events side, Swisher speaks about plans for the upcoming AsiaD conference in Hong Kong in October, the first in Asia.

This is the second in a series of three interviews with Kara Swisher.  We published our first yesterday.