Roku Owners are “Cutting the Cord” in Substantial Numbers 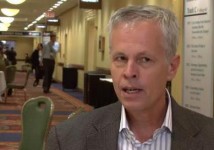 Some 15-20 percent of Roku owners are cancelling their cable or satellite services agreement and are relying solely on a broadband connection to get their television programming, said company VP Jim Funk in this exclusive interview with Beet.TV.

The Roku box, which connects via WiFi or Ethernet to a television set, streams a variety of free and subscription channels.  It is enjoying considerable growth, spurred in part by a new retail strategy and overall consumer demand.   The company expects the number of Roku devices to triple this year, from one to three million.

We spoke with Funk today at the Streaming Media East conference where he was a panelist on "cord cutting," moderated by Peter Kafka of AllThingsD's MediaMemo.