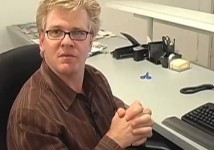 Some 500 video industry executives from around the globe will descend on Boston next week for Brightcove's three-day PLAY conference.  It will be the first conference run by Brightcove and the show is sold out.

The conference takes place at a time of fast growth for Brightcove, which has increased monthly video streams from 400 million to 700 million in the past 12 months, says SVP Jeff Whatcott in this interview with Beet.TV. The company has 3,000 customers in 50 nations.

The acceleration to distribute video via multiple devices has created what Whatcott calls a "gold rush" in the video services industry.

Brightcove is private and does not share financials.  It has been reported but not confirmed that the company will go public this year.

Disclaimer:  Beet.TV will cover the PLAY conference next week and will publish several clips as sponsored posts.