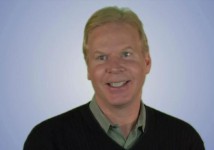 Newsy, the Columbia, Missouri-based video news start-up, has raised $1.5 million in new funding to allow it to expand with original programming and to expand overseas, CEO Jim Spencer tells Beet.TV in this exclusive interview.

Formerly based in San Francisco, the company is now located in Columbia, Missouri where it is affiliated with the Missouri School of Journalism.  The J school has a small equity stake in Newsy and provides students and graduates who work in the Newsy newsroom.

The company curates about 15 video segments a day, which are compilations of clips from many news organizations. They are edited around a specific news topic.   The segments are then introduced by a “host” in the Columbia studios.  The news source of the videos are identified with links.

The content is available on the Web, but the principal focus is distribution via Apps. The Apps are available in App Store.

Earlier this month, the company won the Appy Award as best news video app, beating FlipBoard and CNN in the category.

Spencer tells Beet.TV that Newsy aims to be the leader in mobile video news distribution.

Marshall Kirkpatrick at ReadWriteWeb published this feature on the company last March when it raised its last round.