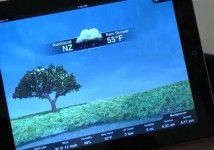 LAS VEGAS –  The iPad App for the New York Times has had 1.5 million downloads since it launched in April, says Ray Pearce, who heads circulation for the newspaper.

We interviewed him at CES last week. This number puts it ahead of weekly circulation for The Times which is about 950,000.  Sunday is 1.3 million.

While only some who download the App read the paper on their iPad, surely far fewer than those who  read the print edition, the number of downloads represents a major move to digital consumption as a "deep reading" experience says Pearce.

He tells Beet.TV that the paper is "very happy with the usage information" around iPad users.

A Times spokesperson told your correspondent, via email, that iPad consumption mirrors reading patterns of the print edition:

"Our iPad readership is highest at the beginning and end of the day much like print readership, which supports nicely our readership on other platforms such as mobile and the Web site."

In the interview, Pearce says that Times readers are finding the Kindle an immersive, print-like reading experience.

He says that The Times derives 85 percent of revenue from the print product.

Unlike the iPad App which is free and has advertising, The Times on the Kindle is a subscription with no ads.  A spokesperson declined to provide numbers of Kindle subscriptions.