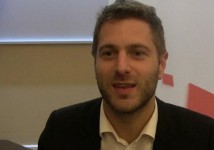 MONACO — The digital properties of the BBC Worldwide have been quickly growing, up 18 percent over the past twelve months to 65 million unique visitors in October, according to comScore.

With this growing footprint, the BBC is developing "rich verticals," says Daniel Heaf, Director of Digital for the BBC Worldwide in this exclusive video interview with Beet.TV

The most recent content vertical introduction was travel, which was developed with the BBC's Lonely Planet unit. It launched in July. Heaf declined to identify other areas for development.

The Power of the Web for News

In the interview, he explains the value of the Web as a principal platform for news.  At the same time, Apps have been increasingly popular with 1.5 million BBC iPhone Apps downloaded outside of the U.K., he says.

We interviewed him last month at the Monaco Media Forum where he was a speaker.

Our first segment with Heaf was about the BBC's plans to introduce the iPlayer outside of the U.K.

Editor's Note:  We were delighted to find that Dan is a "fan of Beet.TV," which he states at the end of the clip.