The British are Coming: BBC Readies Global Launch of the iPlayer 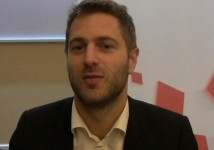 MONACO — With the approval of its governing body, the BBC is readying the global introduction of the iPlayer, the highly successful video on-demand platform which registered 139 million video program views in October.

Its popularity has nearly doubled over the past twelve months, the BBC says, citing views of 79 million in October, 2009.

The commercial-free service, which streams BBC programming on demand, is limited to viewers in the U.K.

The global introduction will be a commercial venture and will include a range of non-BBC content providers, said Daniel Heaf, Digital Director of the BBC Worldwide in this exclusive interview with Beet.TV

The iPlayer has become a cross platform content delivery service, which includes the Web, mobile, game consoles and cable boxes.

A BBC spokesperson told Beet.TV that the iPlayer will launch in several nations in 2011, but declined to provide specifics.

To be determined is the business model around its deployment which could be subscription and/or advertising based, and will presumably vary from nation, and on specific implementations.

We interviewed Heaf last week at the Monaco Media Forum, where he was a speaker.

News about the global plans for the iPlayer was reported earlier this month by the Telegraph.