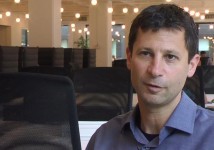 MONACO — VivaKi, the umbrella for the digital agencies of the Publicis Groupe, has been rapidly expanding the implementation of its online video advertising platform globally.

Called The Pool, it has been embraced by eight of the top ten video publishers in China, says Curt Hecht, President of VivaKi Nerve Center, in this exclusive interview with Beet.TV

The Pool’s ad selector program, called ASq, has been used by a number of leading publishers including Hulu, Yahoo!, YouTube, CBS Interactive, MSBNC.com and Microsoft.

The initiative has brought together several smaller independent technology companies for the initiative including BBE’s Vindico unit, Panache and Visible Measures.

Hecht tells Beet.TV that he hopes that the Pool will become the industry standard for serving online video, not just for Publicis agencies and clients. He suggests that the other big advertising holding companies WPP and IPG “buy” the service for their use.

He claims that the implementation of The Pool drives video advertising consumption by 200 percent.

Next market for the roll-out is Spain, he tells us. Hecht is based in Paris.

Hecht was a speaker at the Monaco Media Forum earlier this month, where we interviewed him.

In a related story in today’s New York Times, Brian Stelter reports on how more advertising dollars are migrating to online video.