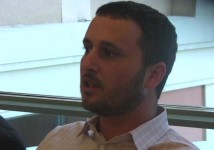 Ran Harnevo, whose video syndication business 5Min was purchased by AOL in October for a reported $65 million, will head the growing online video operation at AOL, the company announced today.

News of Harnevo’s promotion was first reported by Peter Kafka of MediaMemo.

MONACO — I spent time recently with Ran at the Monaco Media Forum where he was a panelist on the subject of online video, which I moderated.  In this excerpt, Ron speaks about the opportunities for publishers to effectively syndicate their content.

He says that value of video syndication is growing as advertisers demand inventory for their ads, while inventory remains limited.

Also in this in clip is Raj Amin, CEO of HealthiNation, the New York-based health Web video producer and distributor.  Amin speaks about the value of vertical syndication and explains why YouTube is not the right solution in his scenario.

The third speaker is Allen DeBevoise, CEO of Machinama.com, the big online video game-oriented site.  Allen speaks about the opportunities to harness the value power of user-generated content for commercial sites.

Great clip, hope you will watch.

Congrats Ran, and all the best with the new position.

Below is a shot of Raj, me and Ran at the conclusion of the conference. Production Notes:  So, I moderated and shot the panel, swinging around the camera to frame each speaker, so excuse the production value, but I hope you value the content.  AP