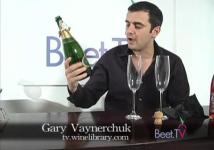 Fred Seibert, who as the first employee at MTV, later president of MTV Online and a key mover in the success of Nickelodeon, has taken over the CEO role of NexNewNetworks, a company he co-founded in 2007.

NextNewNetworks is a New York-based producer and syndicator of original entertainment programming for the Web.  Seibert replaces CEO Lance Podell who is stepping down.  More on this by Ryan Lawler at NewTeeVee.

Back in 2008 we spoke with Seibert about animation and online video.   We have republished the interview today.