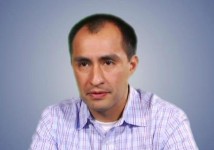 We recently caught up with co-founder Bismark Lepe for an update on Ooyala.  This is our second part of our interviews.   You can find the first interview here.

Ooyala is growing quickly in the enterprise and corporate side.  On the publishing side, it seems to becoming increasingly popular with the big technology blogs including Silicon Alley Insider/Business Insider, GigaOM and most recently TechCrunch, which had been using Brightcove.