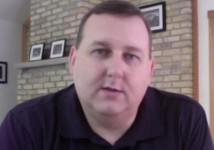 Brightcove, the big online video platform has switched to Akamai as its primary content delivery network, both companies have announced.

We caught up earlier today with Brightcove SVP Jeff Whatcott via a video Skype for this interview.

The new alliance with Akamai will provide functionality for publishers including enhanced HD streaming, DVR-like playback and greater global distribution.

He said that the company would continue to use its preferred CDN
Limelight as well as other CDN providers.  Publishers can also integrate
their own preferred CDN, he says.

Here's more on the Brightcove blog and here is the press release from Akamai.

Other online video platforms which use Akamai include Ooyala and Blip.tv

More on today's news up on Information Week.