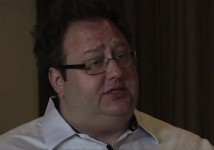 Tremor Media, the New York-based online video ad network, had over a billion video ads viewed on its network in June, just trailing Hulu, according to June numbers released today by comScore.

This is the first time that comScore separated video "content" views from ad views. In the rankings of ads views, Hulu had 560 million and had 127 million content views.  Tremor had 523 million ad views.  BrigthRoll was next with 334 million.

Last month, Tania Yuki of comScore announced the change in tabulating content and ads at our roundtable event.  We have this segment here.

We have also republished a recent interview with Tremor CEO Jason Glickman.  Glickman tells us that internal traffic numbers put video views at 1 billion.  He says his company is reaching the scale of a major cable network.