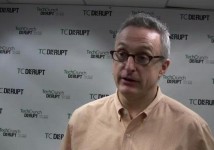 Facebook is not in a rush to go public and is being careful about financial guidelines that could compel it to go public, says David Kirkpatrick, longtime Fortune writer and author of the just-released,  "The Facebook Effect."

Keeping the number of shareholders to under 500 is one key regulation, and David says in this video interview that Facebook has only 200 "technical" shareholders.

We caught up him last month at the TechCrunch Disrupt conference where he was a speaker.