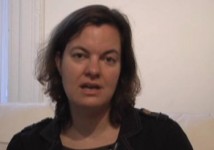 RAMP,  a white label video search engine for a number of leading publishers, has a system to allow publishers to post rich metadata in the form of text on customers'  Facebook walls.

For an explanation, we spoke with RAMP CEO Tom Wilde at the Streaming Media East conference.