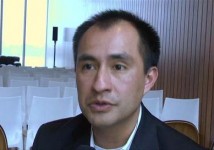 While the Adobe vs. Apple, Flash vs. HTML5 struggle rages on, engineers at Adobe are readying the debut of the Flash 10.1 player on Android-powered smart phones.  The player is also working on a Google Android tablet, according to some reports.

I caught up with Adobe's Jen Taylor this week at the Streaming Media East conference for an update on Adobe news, including new http streaming and DRM products.

Jen speaks about the integration of Flash 10.1 into the Android phones, which is expected this summer.

Update 5/20:  Today, Adobe announced it has released Flash 10.1 for the Android.