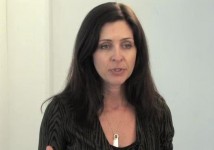 SAN FRANCISCO — Comcast's TV Everywhere, an online service for its cable subscribers, is providing DVR-type functionality that is driving consumption of video on its Fancast by a factor 2X, according to Karin GIlford, Senior VP.

The Fancast viewed by Comcast subscribers who are logged in is different from the Fancast available on the Internet.

We spoke with her in February at the Beet.TV Online Video Roundtable.

The company is presently rolling out a number new services to subscribers, including full DVR control of their home DVR's via the Web and iPhone.

Recently, the Washington Post's Rob Pegoraro called the service "like a "Tivo in the sky."