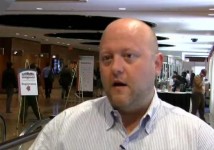 Brightcove, the Cambridge-based online video platform company has raised a "final" round of venture funding of $12 million from a group of venture capital firms and media companies and expects to go public next year, the Wall Street Journal's Jessica Vascellaro reported this afternoon (sub.).

This brings the total raised to $99 million.   Brightcove confirmed the funding  in a blog post a short while ago.

A spokesperson declined to comment on the IPO reference in the Journal story.

Last year, I spoke with Brightcove Chairman and CEO Jeremy Allaire about the future of his company.  We have re-posted the interview today.