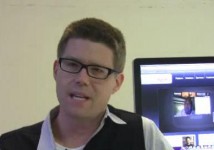 SAN FRANCISCO — Kyte, the San Francisco-based online video platform that has been a front-runner of video distribution for customers, including MTV to mobile devices, will soon release a software developer kit (SDK) for the iPhone and the iPad.

The Kyte iPhone/iPad SDK enables iPad Application development as an alternative to the playback enablement of video via HTML5.

Last month, we sat down with Kyte COO Gannon Hall to talk about Kyte and how it is positioned in the mobile space.

Here is the company’s announcement and more on today’s news up on TechCrunch.