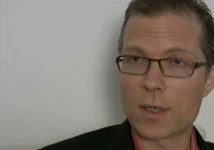 Howcast, a New York-based online video content and syndication company, which makes short "how to" videos, is finding traction with branded content created for big marketers. Today, the company announced a campaign with 1-800-Flowers.

Howcast is producing branded instruction videos for several companies including Kodak and will soon produce a series for GE, the New York Times reported earlier this month.

Howcast was formed by three former Google executives.  I spoke at length with co-founder and COO Daniel Blackman about the opportunity for monetization with branded content.

This is the second of three episodes of our chat.  You can find our first interview with Daniel here.

Co-founder Jason Liebman is in Russia with a delegation of U.S. technology leaders.