Barcelona Bulletin: Flash 10.1 is Coming to Smart Phones and Brightcove Announces its Plan 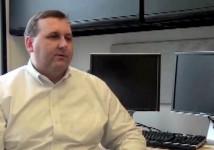 BARCELONA — Brightcove, the big online video services company, will announce today at the Mobile World Congress in Barcelona a solution to bring true Flash video to a number of smart phones.

The announcement is part of the big initiative to bring Adobe's Flash 10.1 to mobile phones.  The Brightcove videos will run on Google Android, Symbian S60, Palm webOS, Windows Mobile and Research in Motion BlackBerry.

Brightcove customers, including The New York Times, have been testing the system and expect to implement the platform sometime this spring.

This is a significant development as more consumers watch video on mobile devices. While video has run in various formats on mobile devices for some time, using Flash 10.1 provides a uniform viewing experience along with advertising and viewer metrics.

Brightcove presently runs an Apple-compatible video program for the iPhone and will support the iPad, but the new, robust Flash 10.1 will not run on these Apple devices.

We spoke with Brightcove senior VP Jeff Whatcott in his Cambridge, Mass. office earlier this week.

Earlier this month we interviewed Adobe's Bill Rusitzky about Flash 10.1 and mobile.

Disclaimer:  Brightcove is a sponsor of Beet.TV.