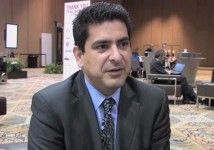 To lure more ad dollars and improve the quality of Web TV shows, the International Academy of Web Television is developing a set of best practices for Web TV creators, Beet.TV has learned.

While at the recent NATPE conference in Las Vegas I sat down with George Ruiz, a new media agent at ICM who also serves as secretary for the IAWT. He shared the details on the new guidelines the group is developing.

He also represents digital talent including Felicia Day, the creator and star of the award-winning and popular Web show “The Guild.” He said he just inked a deal for the first two seasons of "The Guild" to be distributed on iTunes and via streaming on Netflix.

By Daisy Whitney on January 28, 2010 @daisywhitney
Tweets by Beet_TV