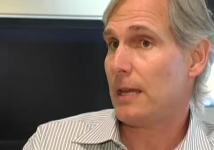 For several years, digital executives in Hollywood have been developing a format to allow consumers to purchase digital files of films and watch them on various devices.

The industry has lined up in a group called the Digital Entertainment Content Ecosystem (DECE).

This week at CES, the group will unveil the new technology along with many technology and media partners including Microsoft, Intel, and Comcast.** Adobe announced it is supporting the initiative.

Brad Stone at The New York Times has the story today. Here’s the take by Jon Healy in The Los Angeles Times.

DECE is lead by Sony Pictures CTO Mitchell Singer. In June of ’08, in his offices in Culver City, I interviewed Singer about his quest to make portability a reality. Looks like he has come a long way.

**Correction (2:50pm): DECE will not be unveiling any technology at the conference this week, as the full technology specs won’t be available for a few months.