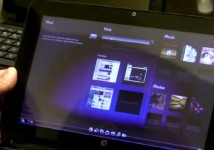 NEW YORK, NY — Reuters was first with this stunning video of the devastating earthquake in Haiti which has been seen on CNN, CBS News, YouTube, and many outlets around the globe.

With electricity out throughout the capital, a resourceful stringer brought the video file on a laptop to a "friendly embassy" with an Internet connection and sent the historic footage via FTP to London.

Earlier today in New York, we spoke about the crisis coverage with Sean Maguire, the London-based global editor of politics and world affairs who was here today.

He explained how Reuters prepares for crisis coverage by training the staff and creating networks of local stringers.

The stringer network in Haiti was tentative today.  The news service's Haiti text stringer went missing for several hours, as Sean said in the interview, but resurfaced by late afternoon to everyone's relief.

Maguire declares, "this is kind of story that wire services were invented for."

Not relying just on FTP to get files out of the county, the news service flew a satellite transmission unit to the Port au Prince airport this morning on the first chartered flight from Miami, Maguire told me.

More on television coverage of the Haiti crisis can be found on TVNewser.

Editor's Note:  Please excuse the low hum on the audio on this interview.