Google’s Josh Cohen to Publishers: “You Are in Full Control of Your Content” 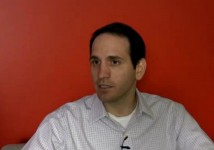 The company sees this process as a big benefit to publishers.  Whether or not Google unfairly links to content as has been suggested by some news executives, but Cohen says that new producers are "in total control of their content."

The value of Google News will be a topic of discussion on February 19 at the paidContent2010 conference in New York where Cohen will be a featured speaker.

Beet.TV is a media sponsor of the event and will be covering it.