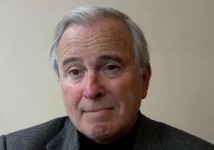 Google co-founder Sergey Brin conceded in an interview that Google’s management lacks "emotional intelligence," said the New Yorker's
Ken Auletta, author of the best-selling book "Googled: The End of the World as We Know it."

This could be one of a number of threats and stumbling blocks ahead for Google. While Google continues to show extraordinary growth and profitability, a big fault could lie in a company run by engineers who lack the "emotional
intelligence" needed to navigate an increasingly complex world of government
intervention and public perception.

In this interview, Auletta tells me two other potential threats for Google are
Facebook and other sites which offer "vertical search" and the
government, regarding issues of privacy and concentration of power.

A partial transcript of the interview is below.

Editor's Note:  Our apologies about the buzz on the audio.

Andy Plesser: So let's talk about potentially the weaknesses. You talk about in the book, towards the end, about the potential weakness of privacy, over reliance perhaps on computer based search on the PC.  What do you see as potentially their Achilles' heels? How could they fail?

Ken Auletta: Well I think they can fail in a number of ways. One, I mean I interviewed Bill Gates in 1998. I began the second chapter with this story, and I said, "Mr. Gates, what do you worry about in the future?" And I thought he would say "Apple" or "Sun Microsystems" or "Oracle" or some competitor, and instead what he said to me was, "I'll tell you what I worry about. I worry about someone in a garage inventing something I've never thought about, a new technology."

Well in 1998, in a garage, was the new technology being invented. It was the Google guys inventing search and that has become Microsoft's worst nightmare. The question then becomes, in 2010, is there a comparable technology in a garage somewhere that's being invented that could upset and upend Google.

One possibility is what's called vertical search and the idea that, for instance, Facebook, which now has 350 million worldwide users. I mean think about how efficient it is to do a search if I'm looking for a camera and I post something for my Facebook friends, "Hey, I'm thinking about this Sony or Samsung or some other camera. Have any of you used it?" and I get back twelve responses from people I know who have real experience, that's much more trustworthy and much more efficient than doing a Google search for that camera and getting 10,000 responses from strangers. So that's something they have to worry about.

And that gets to a third concern. Engineers are not…often lack emotional intelligence. I certainly saw this at Google, in fact, at one point Sergey Brin, when I pressed him on it, he acknowledged "we lack emotional intelligence." They don't know how to gauge things they can't measure. An engineer can measure things. How do you measure fear? That people are afraid of Google's power? Or how do you measure politics in Washington? So they've been slow to respond to those concerns, and they may be slow as well to respond to public concerns about their size, as Microsoft was a decade ago. So that becomes a real potential threat to them.

Consumers have more ways to watch television programming among different electronic devices, challenging the media and marketing industries to measure that activity. NBCUniversal, whose media brands include NBC, MSNBC, USA, SyFy and the Peacock streaming service, has called for new ways to quantify audiences and the effect of advertising. The company in August sent a […]