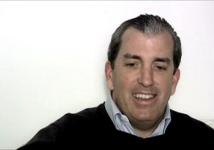 Sara Lee’s recent “Mama Saga” campaign is a good example of how viral video made by a brand can take off, sometimes unexpectedly, said Jack Rotherham, senior VP of strategic sales and partnerships at Metacafe.

The iconic food brand launched its first big social media campaign this fall for its deli meats line and created three mom-centric viral videos for the marketing push that included a buy on the video portal Metacafe, which counts 14 million unique visitors per month in the United States watching 60 million videos, according to comScore numbers provided by Metacafe.

Agencies are keen on Metacafe these days.

Metacafe has been out-performing other shared video sites when it comes to search shelf space, which made us sit up and take notice,” said Robert Davis, leader of the online video practice at Ogilvy, in an email interview with Beet.TV. “It had always been in our arsenal, and is now one of favored partners because the attention they pay to making the most of organic search. We feel somewhat like kin with the Metacafe team, as they truly are looking at the big picture of distributed video content.”

Rotherham said the site will be pursuing more branded entertainment deals in 2010. As for the Sara Lee campaign, “These caught,” Rotherham said. “We broke through the million-view mark in a matter of weeks. As much as we like to profess we understand this business, and we do, it’s really fun when a marketer comes across new assets that might not be so predictable.” Metacafe built a branded Sara Lee Channel on its site that included the trio of mom confessional videos, including one that earned more than 800,000 views by itself. The campaign included a “modest” media buy, Rotherham said.

In fact, Metacafe has upped the number of brands advertising on its site and said revenue is up 50% over last year as a result. Marketers on the site include Disney, Apple, EA, and others.

The Sara Lee campaign is a useful one for brands to check out because it illustrates the benefits of good creative, something that is all too often missing in online video campaigns. But creative alone isn’t enough, Rotherham said: “The challenges are getting the clip to the ecosystem and finding the right formula for it to be viewed. You can’t predict a viral hit. The genius of the ecosystem is the community will decide if a clip catches on.”Still, popular portals can help a video along with site promotion and by placing it in the proper sections and directories of a site, he explained.

By Daisy Whitney on December 9, 2009 @daisywhitney