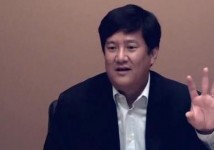 Max told the Beet.TV Online Video Roundtable in Washington earlier this month that live video would comprise as much as half of the video watched in five years.

Livestream, is one of the emerging live Web video services.  The New York-based company is funded by Gannett and others. Other big players are Justin.tv and Ustream. (Livestream was previously named Mogulus.)

In this segment, Max explains how event organizers around the world are using live video as way to serve and build distinct communities.

Here at Beet.TV, we have been streaming our events for the past year.  For us, a good deal of viewership comes after the event, when viewers can watch the two-hour event on continuous loop.

We believe that live video will become pervasive and it is essential for publishers to embrace a strategy now.

Disclaimer:  Livestream produced the Webcast of our event in Washington in exchange for promotional billing.  We are grateful for Max and his staff for their help.