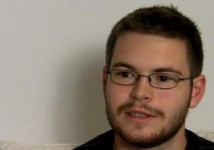 Justin.tv, the big live Web video site that says it has 35 million monthly views, will launch a pay-per-view platform next month for a few content creators and then roll it out across the entire network in Q2.

This would mark the first time that one of the big live Web streaming sites have launched a paid service.

Channel creators can charge what they like.  Justin.tv manages the authentication and payment system and will take about 30 percent of charges as payment.  (This 30 percent is similar to payment Apple receives from the sale of iPhone apps.)

There is a minimum charge of $1 per paid-view paid to Justin, so channel owners need to charge more to make any money.  Channel owners can charge for an ongoing subscription or for a one time view.

On daily basis, some 40,000 content creators stream their programming live on the site with about 1,800 shows going on at any given time.  Some 800,000 individuals around the world are registered to upload to Justin.tv.

For content creators seeking to monetize their shows this could be a promising opportunity.  And,  it could be significant revenue source for Justin.tv, which now relies on advertising.

We are curious to see what will emerge.  We can expect music performances, instructional classes, obscure sports, and competitions.  We assume that some clever live streamers will come up with must watch programming and will do well.

Some of it will undoubtedly be seedy and we can expect issues with intellectual property to come up.

Evan told me that the company has a mechanism to screen and identify inappropriate content.

We expect that live Web video programming will become pervasive.

Yesterday,  we published a video with Max Haot, CEO of Livesream.  Max believes that within 5 years as much of half of  video on the Web be live.

With all that live content, someone will be making money on a paid per view basis.  It will be interesting to see who gets there first.

Update:  12.21:  Janko Roetggers at NewTeeVee points out in his post that Stickam has pay-per-view program.

Update #2:  We have published a second interview with Evan, this one about the company's in-house CDN operation.