“Social TV” is Here: Facebook Connect is Emerging as Powerful Catalyst for Video Views and Joost Integration Proves It 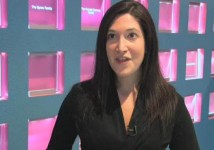 Facebook integration around video got its first high profile exposure with CNN and the Inauguration of President Obama, but the first was last year's collaboration with Joost.

"Joost users who have connected their Facebook accounts continue to rank as most active group on the site. These users watch more videos, are more likely to participate in Joost.com's community, and are more likely to contribute comments about the site's video content."

Some metrics around the Joost/Facebook integration:

While Facebook Connect has demonstrated how social networking and video work together, Joost, the much anticipated video site, has fallen on hard times.  According to Nielsen, unique page views for Joost has dropped to 152,000 unique monthly viewers, down from 586,000 in June, a drop of -74%.

The online video industry is moving closer to Facebook.  The latest example is ABC.com for its  "V" program. CBS.com has an initiative around CSI and the recent offering by Hulu.

Great piece in Advertising Age by Brian Steinberg on this trend.  He uses the term "Social TV."

We were pleased to hook up with Randi Zuckerberg last week in San Francisco, where she was a speaker at the NewTeeVee Live event.  We have published our video today.

Update: Nielsen reports that Facebook is the third largest video site, according to NewTeeVee.