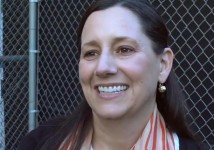 CBS-owned TV.com plans to launch its first original Web series this month with a weekly recap of prime-time programming, the New Media Minute has learned. The show will be hosted by Web veteran Julie Alexandria. The show will include clips, commentary, and an interactive poll.

Other networks are planning companion Web shows for marquee properties, such as the CW with “Melrose Place” and ABC with “Ugly Betty.” But don’t expect a Web show for every TV show.

Editor’s Note:  Daisy’s New Media Minute is produced and sponsored separately from Beet.TV.  We are pleased to publish her segment regularly here.  AP

Daisy Whitney: Hi I’m Daisy Whitney and this is the New Media Minute presented by NATPE, the National Association of Television Program Executives, and this episode is sponsored by Digitalsmiths. You can learn more about that company’s digital media tools including its just released advanced video management suite at Digitalsmiths.com.

So, the fall TV season is upon us and I thought I would check and see which broadcast networks will be offering companion web series to go along with their new shows. Not all of them are doing it. Let’s look at who is.

CW is planning an original web-only series to go along with the new Melrose Place, which launches on air on September 8th. The web series will have all sorts of cool behind the scene looks at the apartment complex and other venues from the show. Over ABC, that network will be launching its third season of a companion web series for the show Ugly Betty and it is also currently running a companion web series that is kind of a fictional, fake documentary that goes along with Lost. That is sponsored by Kia and will run through November.

Now, there aren’t a ton of companion web series for network shows, as you can see, and the reason is, the investment hasn’t quite proven yet to bring in more audience. That’s why you’re either seeing it for marquee shows or where’s there’s an advertiser attached, like with Kia and the Lost show. But there are other things networks are trying online also.

Fox has a kind of cool, word of mouth, social media thing going on for its new show Glee where fans can play along along with the show, and CBS will be launching on its site TV.com a new web-series every week that is essentially a recap of what’s going on in prime time TV. That will be hosted by the lovely Julie Alexandria. So we’ll see how all of this goes.

By Daisy Whitney on September 1, 2009 @daisywhitney
Tweets by Beet_TV