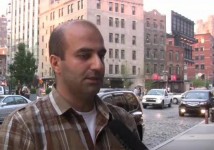 Charging for your services is the new black. Web video startups, like WatchMojo.com and Magnify.net are realizing that there’s nothing wrong with getting paid for their content and services; in fact such practices can lead to staying in business and turning a profit.

WatchMojo produces infotainment videos that it licenses to advertisers such as McDonald’s and Coca-Cola and to a range of  media companies including several Web content providers. WatchMojo expects to turn a profit next month and remain profitable, the company’s CEO Ashkan Karbasfrooshan told Beet.TV in an interview earlier this month. WatchMojo distributes its videos to sites like MySpace, YouTube, TV.com, and Hulu and has been averaging four million streams per month.

The company began charging a license fee for its videos last year rather than simply relying on ad revenue alone. “We made a decision in 2008 that we could no longer just give our video away,” he said. That was a smart choice because it gives the company two revenue streams — licensing and revenue share on ads on sites like YouTube and Metacafe.

Karbasfrooshan said agencies, advertisers and media companies rely on its library of at least 5,000 videos that are evergreen, short-form, and ad-friendly. Additional advertising clients include soy company Yamasa and online travel company Student Universe. WatchMojo produces videos on a range of topics, such as automotive, business, fashion and health. Videos are informational too, such as this one on how to choose a preschool.

“If McDonald’s wants to run something on Viacom and be a part of something for women 18 to 34, we have videos for that,” Karbasfrooshan said.

By Daisy Whitney on September 3, 2009 @daisywhitney
Tweets by Beet_TV